A 43-year-old woman has reportedly died due to Covid-19 in Indonesian-administered West Papua province. 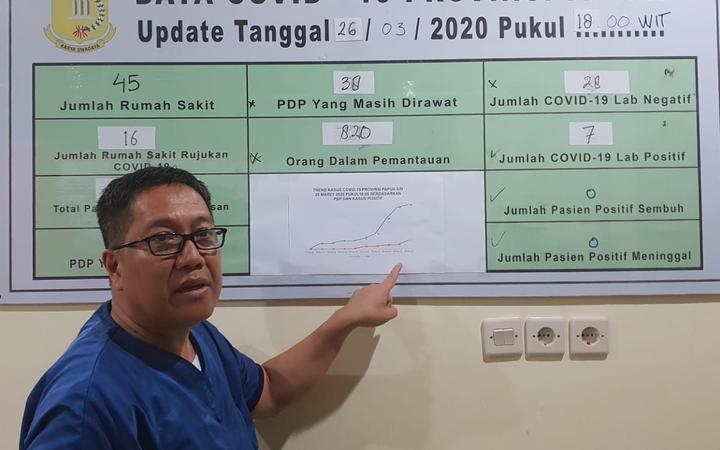 It’s the first recorded death from Covid-19 in the Papua region, and adds to fears that a looming surge in cases could overwhelm the health system on both sides of New Guinea.

The death was recorded in Sorong, the western most city of New Guinea. Tabloid Jubi reports the death was confirmed by West Papua’s Task Force Covid-19.

The victim had been a patient at a hospital in Sorong city, where another five patients remained under supervision for suspected coronavirus infection.

West Papua’s provincial administration has not yet declared emergency measures to close access for travellers to the province and restrict public movements like in neighbouring Papua province.

Papua’s covid response unit confirmed seven cases of covid as of Thursday, as the provincial government this week closed entry of travellers into the province both through sea and air travel.

Papua has also restricted daily activities in public to eight hours, from 6am to 2pm. Large gatherings, including for religious worship, have also been restricted.

The death in Sorong City is a concern not just for all of Indonesia’s Papua region, but also in the neighbouring country of Papua New Guinea whose 800-kilometre border with Indonesia is porous, making it difficult to control movement back and forth between the two sides.

The official land border access point between the two countries has been closed for two months, as PNG’s government seeks to protect its under-resourced health system from the chaos that covid-19 threatens.

But the governor of PNG’s West Sepik province, Tony Wouwou, said it was nearly impossible to stop people slipping across the border by bush or sea.

PNG’s government this week declared a 14-day state of emergency, with restrictions on travel and closure of all schools and non-essential businesses.

Lacking testing kits and a general capacity to deal with an outbreak, PNG’s government is working closely with the World Health Organisation to establish isolation facilities where covid cases would be taken to.

So far, PNG has confirmed only one case of covid-19 in the country, a 45-year old mine worker who flew to Morobe province via Port Moresby after travelling through Singapore from Europe.

The man has since been transferred home to Australia, while PNG health officials conducted contact tracing and tests of people the man had been in contact with – so far all tests have come back negative.

Back on the western side of the island, Papua province’s government, has been urging people to stay at home as much as possible. By and large the public in the Papuan capital, Jayapura are adhering to this call. 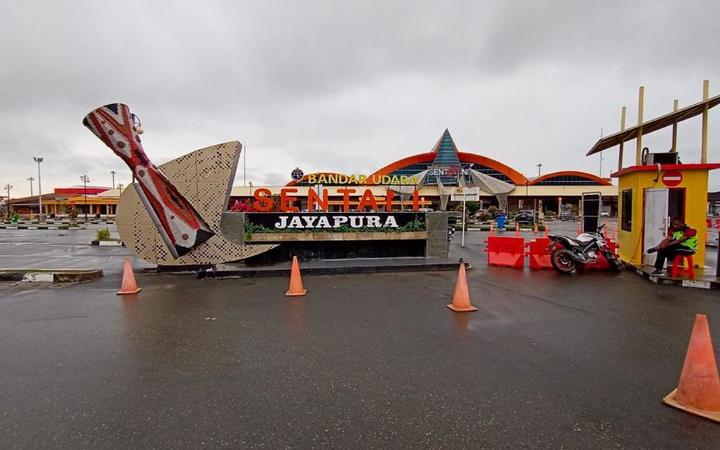 Jayapura’s streets are noticeably quiet today, as is Sentani airport which along with other ports in Papua was still receiving transportation of goods into the province, at a time when distribution of certain supplies was more vital than ever.

A member of Papua’s Covid-19 response team, Silwanus Sumule, told the Jakarta Post that a lack of necessary medical equipment, including rapid testing kits to examine swab samples from suspected patients, was a concern for the province.

Meanwhile, hundreds of people are being monitored for coronavirus symptoms in Papua.